For the past couple of weeks I’ve been thinking about the company I’ve spent the last 10 years of my life with – IBM. A few months ago I wrote about the company’s centennial. As an historian this has had me extremely engaged, excited, and interested.

In the last week I’ve had a couple of interesting experiences related to IBM.

First of all, I visited the Oxford University Careers in Computing Event.  I’d been up to Oxford in November for the wider University careers event, but I enjoyed the opportunity to talk with science students about what the company is all about. IBM helped to invent modern computing; to put man on the moon; it invented the PC, the floppy disk, various storage advances; it helped decode the human genome; it built the machines that defeated humans at chess and at Jeopardy; it is helping to build a Smarter Planet. It’s a great place to be.

Secondly, I helped to host some US colleagues in our UK lab at Hursley. I love Hursley and I’ve been enormously privileged to work there for the past few years. I remember my first experience of visiting IBM there as a customer in ~2000 – seeing the wonderful Wedgewood Room, the IBM consultant I was working with dropped the thought that one day I could work there into my head, and I’ve spent a long time wanting to work there, getting to work there, and then learning the history and showing it to others. Wonderful place.

I’m proud to have had the chance to work with an organisation that has helped to reshape and change the world. The quality of the people, the history of the organisation, and the amazing technology, has transformed my life. 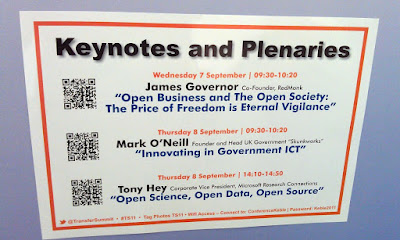